SHARING MY STORY OF THANKSGIVING 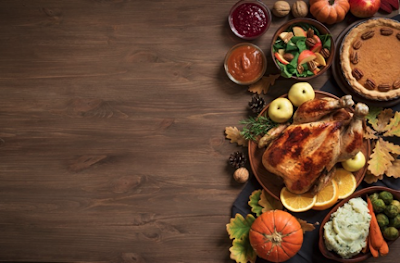 As little kids, we didn’t think much beyond the pies and cakes at Thanksgiving, only suffering through the turkey and dressing to get to those two delights.  As we grew older, we began see the family togetherness of it all, both good and bad, and came to look forward to it.

A day that started out as stressful for my mother as she balanced putting a feast together, by our designated 3:00 PM eating time, first for just her growing family and parents who lived nearby and then to sons-in-law, and grandchildren, always ended in her delight.  As the years went by, I held the meal at my home a few times, and my mother was more than happy to just relax and visit, but it was “off” and just not the same.

In different ways, Mom was the center of it all for us, and her presence was what held us all together.  So, it was no great surprise that when she died suddenly in 1981, it all fell apart; we all fell apart.  It was especially wrenching for my father and my youngest sister who was only 13 at the time.

While my father and baby sister remained in the family house for a time, without mom, it was no longer a place for gathering. All that was left was a hollowness that could not include being thankful.  We each began to hold our own Thanksgivings separately, and although we invited my dad, he would not come, preferring instead to eat with friends who had not been a part of our family core.

It was a sad time as we slogged through a few years of motionless grief that would not seem to lift.  And so, it was bit of a miracle that on the day before Thanksgiving, three years after Mom’s death I found a note attached to a paper plate on my porch.  Written by my little sister, the simple and to the point message read:

I prefer dark meat please and cooked with a little salt.

And sure enough, at 3:00 PM sharp on Thanksgiving, the doorbell rang, and there was my smiling dad, saying, “Pick up!” as I invited him in to get his dinner.  In the years that followed, I would continue to invite him in, and he would invariably say, “I can’t stay, I have more pickups to do!” and off he would go with his first Thanksgiving dinner on his way to the next. Before the hour was up, he would “pick-up” dinners from all four of his married daughters, and have a moveable feast of turkey and dressing, sweet potato pie, collard greens, Cornish hens, candied yams, sometimes quail and BBQ ribs, and always pineapple-coconut 1 2 3 4 cake, and his Louisiana staple, rice and gravy.

My father had found a way to work through his grief, and to touch base with his children during the holidays in a way that would not propel him backwards. He made it different enough for his broken heart to handle while building a bridge to cross over the sorrow.  It was quite ok that he could not bear to sit at one of our tables; how would he choose and why should he have to? That note and his new “pick-up” tradition let us all know that he was healing, and it gave us permission to do the same.  To let us know that we would have to find our own paths for dealing with the shattering changes we had to face.

My father found a way to modify his holiday tradition so he could go on, and for us, knowing that he wanted to, made us thankful once again. 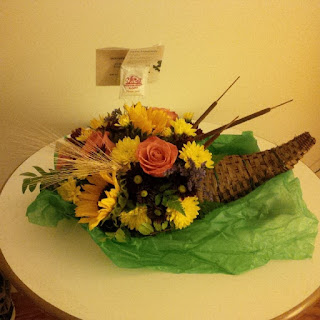 SEE ME READ THIS STORY OUT LOUD

ALONG WITH OTHER WONDERFUL HOLIDAY STORY READERS

CO-HOSTED BY KATE FARRELL AND YOURS TRULY