A CHRISTMAS STORY FOR YOUR HAPPY HAPPY AND MERRY MERRY

It was in this tradition on Christmas Day in 1966, while the color wheel changed the aluminum tree from blue to green to red and back again, my mother handed me a gold- ribboned box.  Inside was a simple frock; a multi-colored, multi-flowered shirtwaist dress with a wide belt and full skirt.  A gently worn hand-me-down from one of my mother’s wealthy acquaintances, the bottom of the hem hit just below my knobby knees and fit my unfinished 15-year-old body to a “T. “ Even though it was a spring dress, I could not wait to wear it to school.  My fingers were already turning the front doorknob, as my mother’s voice admonished, “Girl, don’t you know it is JANUARY? You are going to catch pneumonia in that thin little dress!” But I was halfway down the street and about to round the corner on my usual path to my freshman year in high school before she could finish her second sentence. My inaugural wearing of this dress would also be the day a 17-year old boy would look out of his window from the 3rd house on the right and see me for the first time.

I knew I probably wore that dress much too often, but I had never had anything like it. It had the power to make my teenage self feel like a big gown up lady and became the favorite in my sparse wardrobe.  It also made that boy wait for me to pass his house each day and then fall into step behind me.  Stealthy and silent, he walked behind me for the five blocks to school for the rest of the school year. A bookworm and a loner, totally inside my own head as I made my way, I never thought to look back.

On a late summer day, after almost a year of following me after I rounded the corner, the forces emanating from that dress with me in it, would give that boy the courage to ring my doorbell and introduce himself.  “Hi, I’m Anthony from around the corner. Does the girl with the flowery dress live here?” he asked my sister who answered the door.  With her usual eye roll she answered, “ You must be looking for Sheryl.  She is always wearing that old-timey dress.”  She called to me to come to the door and from that day forward the boy from around the corner became my boyfriend and soon after that, my fiancé.

On a beautiful spring day in 1971, we married in the living room of my family home with only our parents, my grandmother and a few friends in attendance.  Still waiflike at age nineteen, my wedding dress was an elegant non-flowery peach chiffon and silk, the perfect compliment to my new husband’s ruffled peach shirt and coordinating bowtie. Our reception consisted of post-wedding photos taken in my parent’s park-like backyard, while our few guests dined on crust-less tuna and chicken salad sandwiches cut into little squares accompanied by Mum’s extra dry champagne.

Settling into married life was automatic for us and as though it was always meant to be.  I finished college and my husband was at my graduation along with my parents.  Soon after I began my career with the government while my husband continued his climb in the building industry and finished his degree.  During this time, the dress became so faded the flowers were barley visible, and so threadbare it was no longer wearable. Tearfully, I threw it away.

As the years passed, my husband would often come home on my birthday, our anniversary or Christmas with a ribbon-tied box containing an exquisite dress, suit or even shoes, from a small boutique he claimed as his territory for his gifts to me.  Once he presented me with a beautiful white suit and when I asked what the occasion was, he replied, “Because its Tuesday.” He always chose the correct size and only stopped the practice when his boutique of choice went out of business.  But of all the wonderful articles of clothing he purchased, the dress, or anything like it, was never among them.

Then one rainy December day in 1976, during one of my shopping trips through the annual major department store Christmas wish book I saw it; a multi-flowered shirtwaist dress with a white background, a full skirt and a wide belt. It did not matter to me that Christmas was near and I was ordering a dress from the catalogue’s preview for spring, I had to have it and ordered it right away. When it arrived I was a bit disappointed to find that the fabric had an unworn stiffness to it and therefore not as soft as the original, the flowers were not as vibrant as they had appeared in the catalogue picture, and the belt was a skinnier version of its predecessor.  But after so many years of dress drought, I decided this dress and I would make a pact to stay together, even though we both knew the relationship would never be ideal.

My husband loved me in this dress even though I knew it for the poseur it was. And because he loved it, I wore it to work and out to dinner.  I wore to the movies and to the supermarket.   I wore it with a shawl in the spring and with boots and a jacket in the winter. I continued to wear it after our daughter was born in 1977 and was surprised, yet happy that after I punched an extra hole in the belt for just a bit more room, it continued to fit. I wore it through my daughter’s early school years and into her entry to junior high.  After she told me how much she liked it, I wore it even more. Still, through all of that, this dress could not convince me that it was the one.

Since I could never get enough of how happy it made my family, over time the dress and I had settled into an easy truce. I came to accept the fact that it could not help me to recapture the feelings I had when I wore the anointed original.  And it seemed to know that although it was not the dress, my family’s reactions would make it a most treasured piece in my by now, extensive and often talked about wardrobe.

Then one day, after 19 years of wear, I put the dress on and discovered I could no longer easily button it, and had run out of room for more belt holes. In defiance, I buttoned it and fastened the belt anyway, breaking a fingernail to the quick as I did so. The dress countered my orders for its cooperation with sharp and intense rib pain and taking away my ability to breathe.  We stood at loggerheads in the mirror for a few seconds before I gave in and feverishly began to free myself from its grip.  My disappearing waistline and the dress had finally conspired to betray me.  With mixed emotions I knew we would have to part ways.

Time went by and dresses with magic flowers and full skirts were often sought but not found. Over the years, I tried to replicate that special dress many times over, but it always ended in disappointment and eventual rejection; sometimes by me, but more often by the dress as the Body Mass Index continued its upward climb. Along the way, I happened upon beige and brown flowered silk shirtwaist and I bought it, but like the substitute garden scene dress I had previously outgrown, it was just not the same. I even tried other styles, and I felt I looked just fine, but I felt nothing extraordinary when they draped my frame and somehow that just continued to feel like a requirement.

From time to time, I would still pine for that original long-lost dress and the power it had to make a shy boy follow me to school, my daughter smile, and strangers stop to tell me how great I looked. Even though I was loved well, had a happy home and fulfilling work, I still wanted the all the dress had given me.

In 1995, our daughter went off to college and we became empty nesters. We moved on with life and the blessings of family and love continued as the years passed without the dress. Then on Christmas Day in 2010, my husband presented me with a golden box wrapped with a golden bow.  We had decided not to buy gifts that year, because we felt so blessed, so I was both surprised at the gift and annoyed that he had broken the pact. In the middle of a hot flash with lips pursed, I launched into my protest, “But I thought we weren’t going to…” I was stopped in mid-sentence when my smiling husband and daughter said in unison, “ Just open it!”  Their smiles grew wider and wider as I pushed through the tissue paper labeled “Zell’s Vintage” and opened the box.

This story and others appear in my book, “A Dollar Five: Stories From a Baby Boomers Ongoing Journey” available at Amazon.com and other booksellers

My poem, "Singing Into the Brush" has been published in the fall edition of Write Angles. The official newsletter of the Berkeley Branch of the California Writer's Club, Write Angles also honored me as the "Featured Poet" for this edition.  A favorite at readings and book events, "Singing Into the Brush" will appear in my upcoming short story collection, "Running For The 2:10",  currently scheduled for publication in early 2017.
Posted by SHERYL J. BIZE-BOUTTE at 4:51 PM No comments:

THE PENALTY OF LEADERSHIP

Posted by SHERYL J. BIZE-BOUTTE at 4:31 PM No comments: 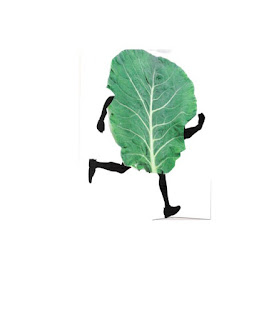