On a recent New Year’s Eve and my husband, daughter and I decided to satisfy our pancake joneses at the Oakland Grill. * Brunch at this welcoming and homey bistro located in the heart of the Oakland produce section is one of our favorites for the short stack; two stacked pancakes with a choice of sides.
After we had talked and laughed and ate all we could manage, I could not help but notice how our individual personalities were reflected in the way we approached and finished our buttery, syrupy entrees. 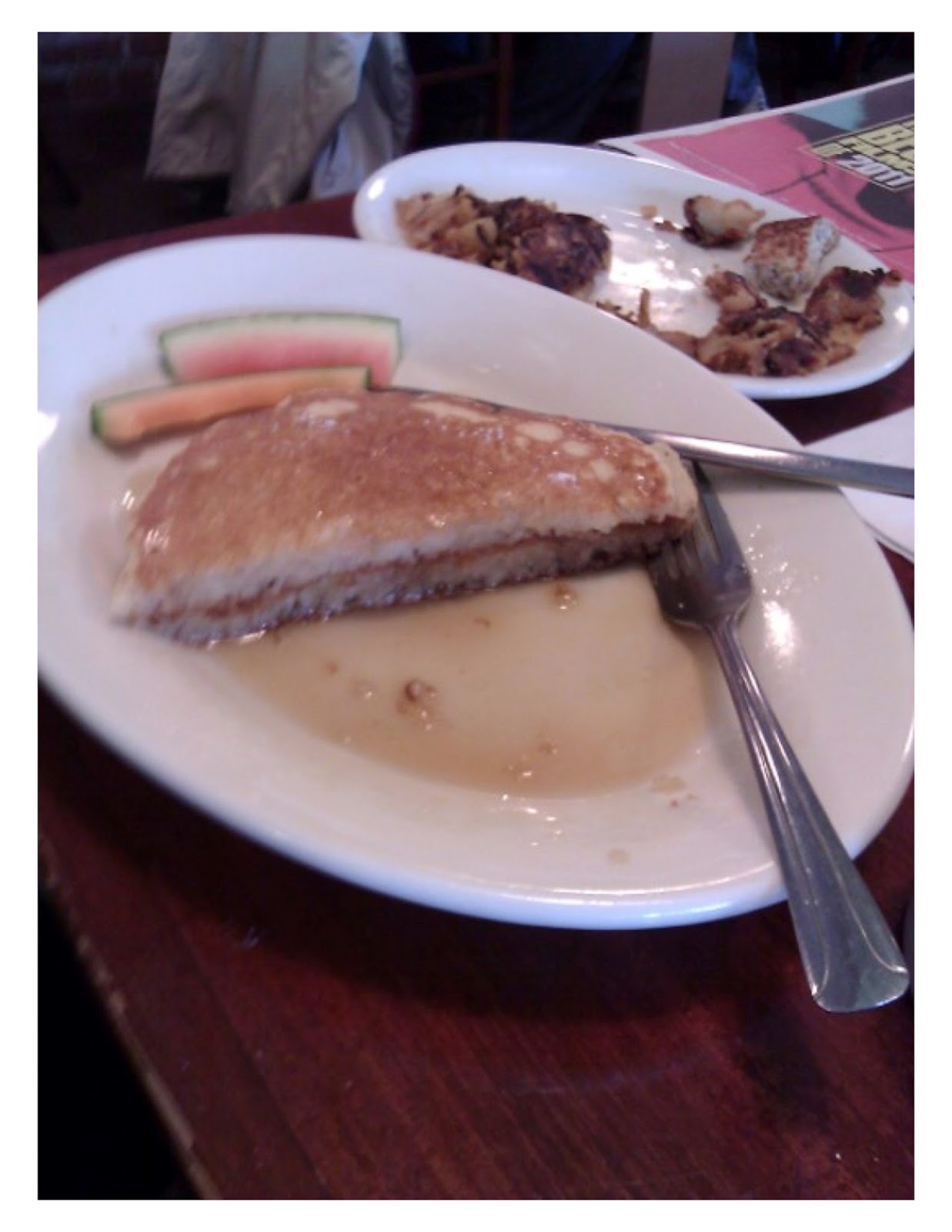 My husband, the designer and mathematician’s pancakes are cut precisely down the middle.  He eyeballed it, but I’ll bet you if you measured and could somehow recreate the portion he had already eaten, you would find that each half would be exactly the same size.  A true perfectionist with a creative bent, for him symmetry and neatness with just a little something akimbo mark his life approach. Note the off-center placement of the melon rinds in this pancake still life. 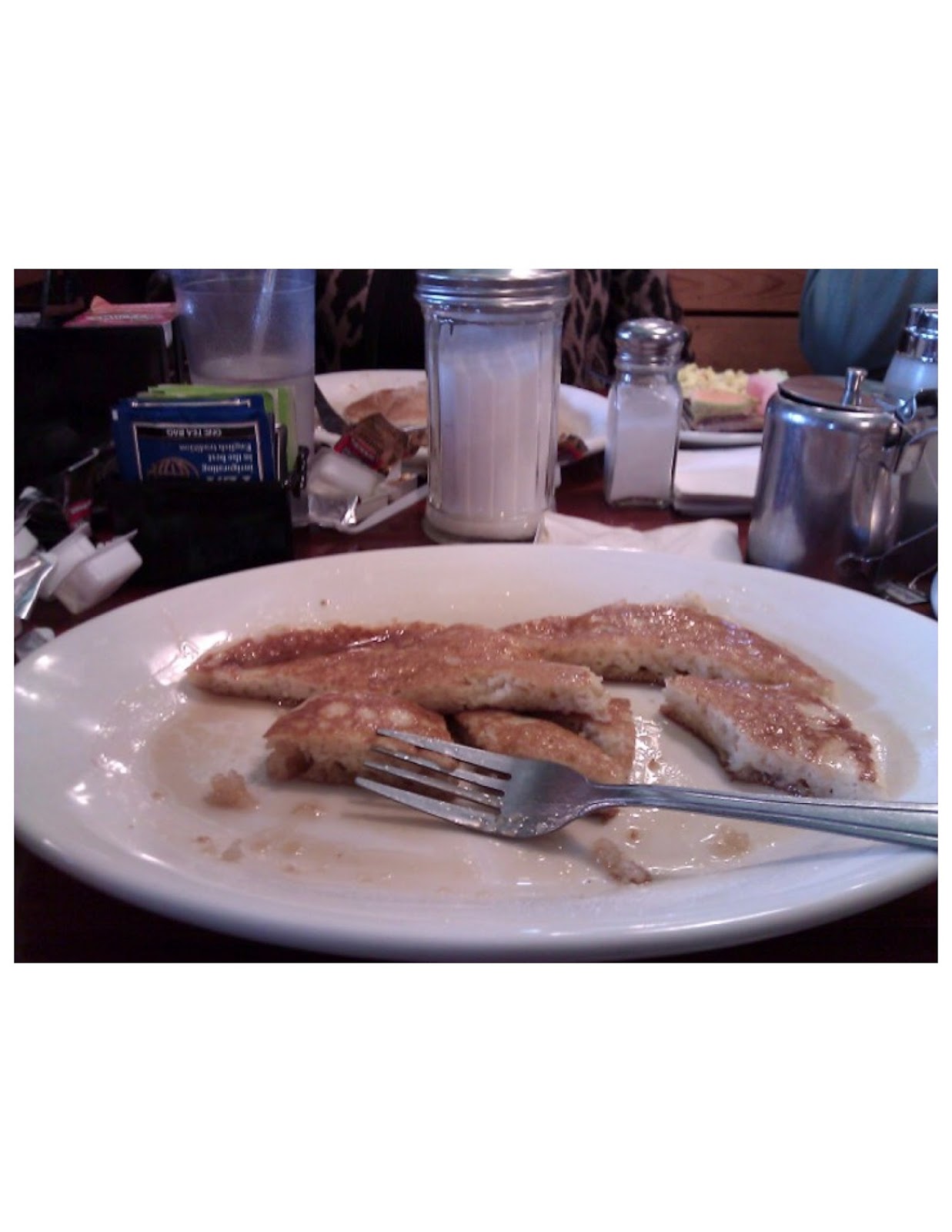 Our daughter, the scientist and artist, approached her pancakes by starting at one edge and moving to the inside.  This is much the same way she conducts experiments; purposely making her way from the outer perimeter to the inner core to find the answer to the question.  All the while she is multitasking, getting a forkful while maneuvering the cakes by removing the top stack to see what lies beneath.  All of this is done with minimal mess and disruption; as smooth as the way she moves through the world.  A colleague once described her as being like a duck: paddling furiously underneath the water while maintaining a silky fluidity on the surface.  She leaves randomly sized pieces and a fork with an asymmetrical lean. She is truly the best of both of us. 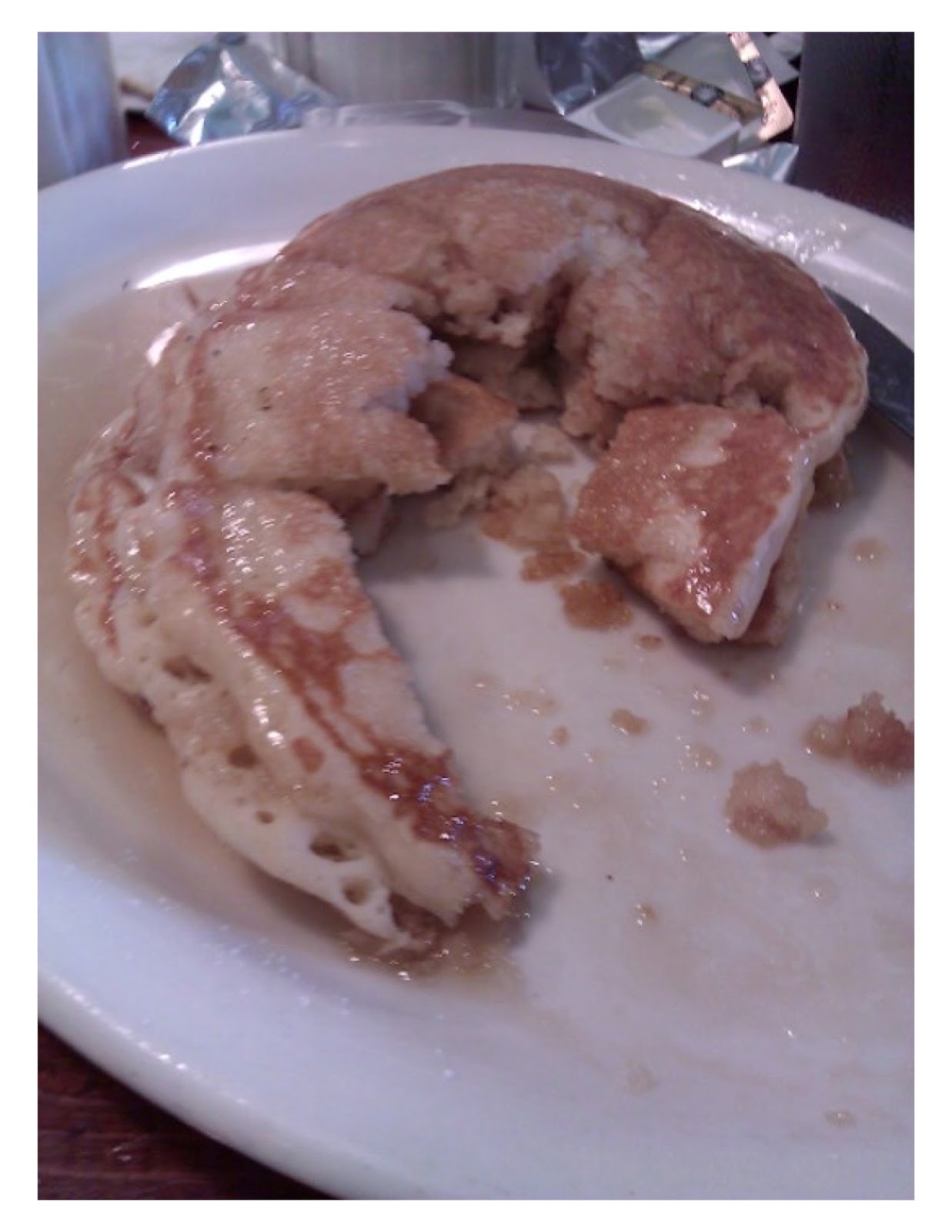 I started my pancake with evenly spaced pie cuts, which I approached from the outside.  A true Gemini, I quickly became bored with that and moved toward the center.  I change my mind like that all the time and usually get to the gooey middle of everything right away.  This is the trait that causes people to describe me as a “bottom line” kind of person.  When I look at this picture I think I must have been thinking about seafood because my pancake looks like a giant prawn.

Of course, this is no scientific study.  But it was a fun thing to do. While we differed I how we cut, sliced and left our pancakes on the plates, sharing this meal reminded us of the different ways in which we approach life and situations.   Those differences feed and enrich our relationships and bring joy and vitality to our discourse.  Our individualities joined with our commonalities form the mix that makes us family and at "the grill", community.