JOIN ME AT THE MECHANICS INSTITUTE ON JULY 17!

From Storyboard to Narrative

It will take place via Zoom. Please register via Eventbrite and the Zoom credentials will be sent to you a few days before the class starts.

In this workshop, author Sheryl J. Bize-Boutte will guide you from storyboard creation to story narrative.  You will become familiar with the process of storyboarding, how it helps and guides the writer, how Sheryl uses her own unique storyboarding techniques to create narrative for her writing projects, and a fun storyboarding exercise for class participants. 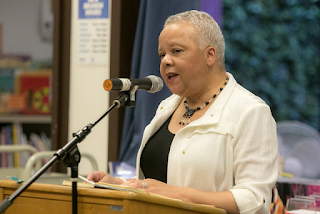 Pushcart Prize nominee Sheryl J. Bize-Boutte is an Oakland multidisciplinary writer whose autobiographical and fictional short story collections, along with her lyrical and stunning poetry, artfully succeed in getting across deeper meanings about the politics of race and economics without breaking out of the narrative.  Her writing has been variously described as "rich in vivid imagery," "incredible," and "great contributions to literature." Her first novel, Betrayal on the Bayou, was published in June 2020 and a poetry collection she has written with her daughter Dr. Angela M. Boutte, titled No Poetry No Peace, was published in August 2020.  She is also a popular literary reader, presenter, storyteller, curator, and emcee for local events.

For each class, we reserve the right to cancel at any time and issue a full refund. If you are unable to attend your class, please email tedwards@milibrary.org at least 10 days prior to the class to receive a full refund. All fees must be paid at the time of registration.

Posted by SHERYL J. BIZE-BOUTTE at 5:37 PM No comments:

FOR JUNETEENTH 2022-MAMA DUNN RETURNS
First shared in 2021, the story of Mama Dunn is a combination of the history of Black people in America, a young man's coming of age, and Juneteenth legacies shared.  Certainly, we know from history, both written and spoken, the year 1865 and the years preceding it were not all about the celebrations we engage in today. As always, other things were in play even back then.  The story I present to you today is a true depiction of those times, passed down by my husband and his family.
Mama Dunn, is about the other stuff going on at the time and how a young teenager’s picture tells a story that continues to inform, rile, resonate, anger, and inspire today, in so many, many ways. 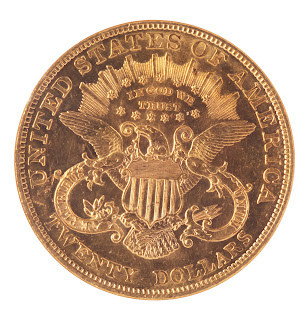 MAMA DUNN
Sheryl J. Bize-Boutte
Copyright © 2021 by Sheryl J. Bize-Boutte
As teenagers in the 1970’s, my then future husband and I often spent time with each other’s families. We thrived on bar-b-que’s with live music, extended family birthday celebrations, wonderful holiday dinners, car trips, and plenty of impromptu visits that turned into full-blown parties. It was during one of his family’s epic card playing parties that I first saw the photograph.
A bit grainy and slightly creased, the sepia toned image was still clear enough to see the two people standing in the foreground of a lush grassy pasture somewhere in Louisiana. Although the exact year and place had long been lost to family memory, the images seemed to jump off the yellowed scalloped edged 3X5 photo paper of the day.
On the left of the picture stood a thin, brown-skinned girl who looked to be about thirteen or fourteen. Her hair was styled into two loosely braided shoulder length pigtails, her arms pinned uncomfortably at her sides as she focused on the camera lens. The stare she gave was drained of affect, hauntingly unreadable. Although it was not possible to discern what her feelings may have been at that moment, the lack of expression on her young smooth face revealed that she had already been through the unimaginable. Even more than a century later, the forces inside her core being traversed the faux tranquility of that photograph to send the lasting message to anyone who would ever see it, that until that point in her life, or one very close to it, she was, or had been, a slave.
Standing on the right side of the photograph was a very tall, achingly thin bearded White man.  His body was slightly turned toward her, and his left hand was outstretched as he posed while in the process of handing something to her. In the photograph, one could barely still make out the faded sunlight glinting off the of the shiny object he held.  It turned out to be a twenty-dollar gold piece. A reward or acknowledgement of some sort from him to this young Black girl.  Even through the haze and creases of the old photograph, he was immediately recognizable.
The young, brown-skinned girl in the photo would become my husband’s great-grandmother and would be known to him as Mama Dunn.
The thin White man in the photograph was Abraham Lincoln, then President of the United States.
But how did this photo and unlikely meeting come to pass? It may have been that Abraham Lincoln was doing public relations and photo ops in between the signing of the Emancipation Proclamation in 1863, and his tragic assassination in 1865.  With the freeing of the slaves, the institution of slavery and its forced labor was shattered.  By the end of the Civil War in 1865, 620,000 soldiers had perished and much of the Southern U.S. was in shambles.  Damage estimates of physical destruction alone hovered around $1.5 billion.  With almost 2% of the U.S. population killed in the Civil War, more than any other war in U.S. history, there was a dire need for workers to meet the challenges of Reconstruction and to maintain the U.S. economy.  There may have been many reasons for this type of visit by the President, but I suspect that it had to do less with freeing the slaves, and more with efforts to end the war while motivating former slaves to stay, join the Union Army to increase the Union’s forces, and help rebuild the country.
Although most slaves were not freed by the Emancipation Proclamation of 1863, which specifically excluded most slave-holding states, Mama Dunn may have been living in one of the Louisiana parishes that were included. In fact, the Emancipation Proclamation states in part,
“Arkansas, Texas, Louisiana, (except the Parishes of St. Bernard, Plaquemines, Jefferson, St. John, St. Charles, St. James Ascension, Assumption, Terrebonne, Lafourche, St. Mary, St. Martin, and Orleans, including the City of New Orleans) Mississippi, Alabama, Florida, Georgia, South Carolina, North Carolina, and Virginia, (except the forty-eight counties designated as West Virginia, and also the counties of Berkley, Accomac, Northampton, Elizabeth City, York, Princess Ann, and Norfolk, including the cities of Norfolk and Portsmouth[)], and which excepted parts, are for the present, left precisely as if this proclamation were not issued.” /1
It was not until the ratification of the Thirteenth Amendment in 1865 that all slaves were freed.  So in between all of that, with the country still at war, in economic peril, and the unfathomable human loss, Lincoln knew he had work to do.
My suspicions about the Lincoln “photo op” are further buoyed by the rest of the story from that picture day.  After the photo was taken, and there may have been others, Lincoln did indeed hand the young Mama Dunn the gold piece. But as soon as the photo session ended, he asked her to give the coin back.  As family lore tells it, someone in the crowd that day shouted, “Let the little gal keep it!” and an embarrassed Lincoln did just that.
Mama Dunn held on to that twenty-dollar gold piece, and the story of her meeting with Lincoln became a major part of family history with the valuable artifact serving as demonstration of fact. By the time my husband came into this world, Mama Dunn had reached 100 years of age and was living with extended family in Oakland. 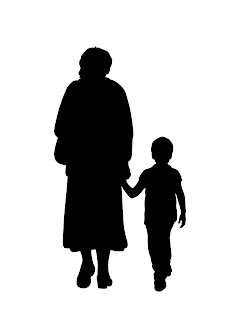 He became aware of her early on.  Even as a toddler, as Mama Dunn sat back in her dark green chenille covered chair, he sat at her feet on the matching ottoman and listened to every word she had to say. He listened to her hum. He kept watch when she dozed off. As he grew older, she talked to him a bit more, but never about slavery or hardship. She talked to him about how to solve the problems of life as well as how to celebrate the pleasures and victories. The Lincoln photograph would sometimes appear along with the chance to hold the treasured twenty-dollar gold piece. She was and remains his earliest and most influential life force. He loved her to the moon and back.
Mama Dunn passed away when my husband was in the third grade.
She was 108 years old.
Still living in Oakland at the time of her death in the mid-1950’s, she was buried in a local cemetery where a flat square of stone bears her name and relevant dates, but still fails to mark her magical existence.
She is there to this day.
In what used to be the Black section.
/1 National Archives Transcript of the Proclamation dated January 1, 1863
Posted by SHERYL J. BIZE-BOUTTE at 4:20 PM 8 comments: